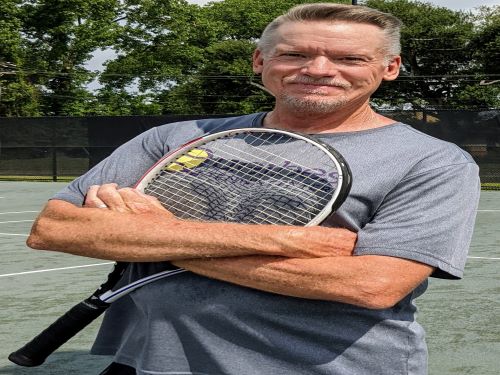 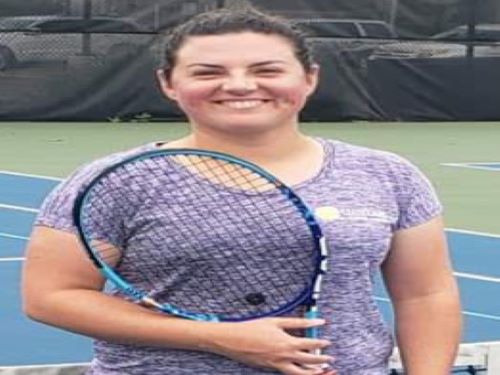 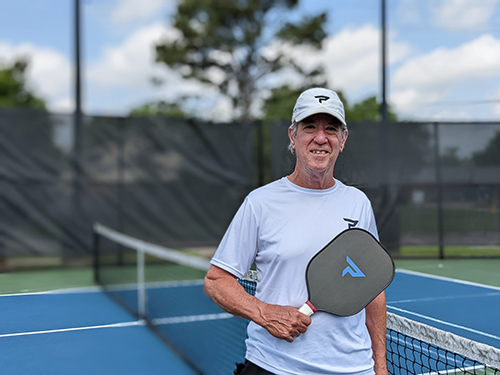 Chris has been a USPTA certified Elite Professional since 1988. He was previously the Director of Tennis and Head Professional at Concord Sports Clubs in St. Louis, Missouri. Chris has been Director of Tennis at Querbes Tennis Center since February of 2020 and teaches both private and group lessons. Chris also oversees several other teaching pros that call Querbes home.

Isabelle was born in Bressuire, France before coming to the US on a full tennis scholarship. She has two bachelor’s Degrees in Marketing and Management alongside three master’s Degrees in Psychology, Exercise Science, and Business Administration. Isabelle is USPTA certified and has been teaching tennis since 2013. She also speaks 3 languages and loves to travel!

Jack is a certified Pickleball Coach with both Pickleball Coaching International (PCI) and the international Federation of Pickleball (IFP). Jack was a Division II College Tennis Player before serving in the military. He picked up Pickleball at the age of 58 and shortly after found himself on the medal stand qualifying for the 2022 Pickleball National Senior Games. When Jack is not coaching, he can be found training to qualify for the Pickleball Nationals in Indian Wells Gardens. HIs goal is to help coach as many Pickleball players as possible and continue to live his dreams as a competitive tournament player. 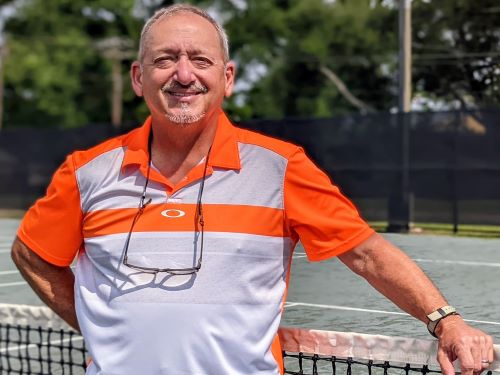 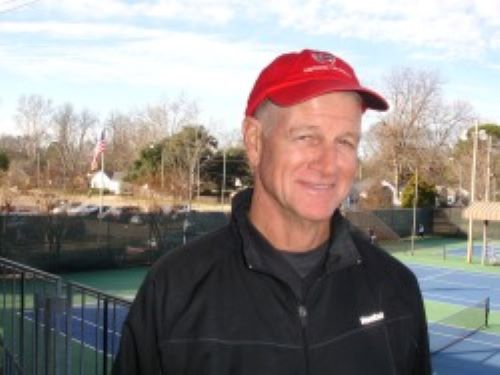 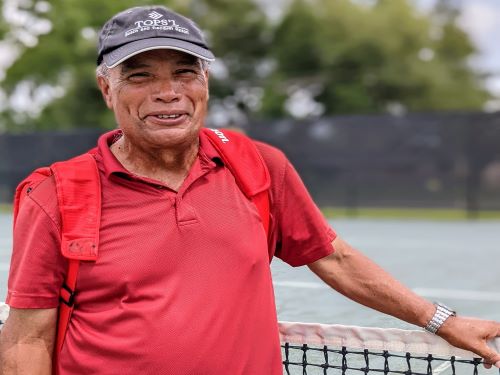 Jeff Guerin has been a USPTA Certified Professional since 1986. He has previously held Tennis Pro positions at Christus Louisiana Athletic Club, Riverside Swim and Tennis Club, and Southern Hills Tennis Center. Jeff has been success full at the local, state, regional, and national levels of play since he began playing in 1983. He also coached many State Champion Singles and Doubles Highschool players between 2009 – 2014.

Jeff Roberts has been teaching tennis at Querbes Tennis Center for 13 years and has a Business Management Degree. Jeff believes, "Life is too short not to be happy and too long not to do well. In tennis terms, my goal is to help you to be happier with your game, and since building a tennis game is a process, over time we want you to do well. After many years of USTA league play and achieving a 5.0 NTPR rating I began teaching. Please consider allowing my experience to work for you."

Jorge has been teaching tennis for 55 years across Costa Rica, Miami, Chicago, Tennessee, California, and Louisiana. He played college tennis for Austin Peay University in Clarksville, Tennessee. Jorge taught tennis in Chicago for 32 years where he held the #1 singles and doubles ranking for 2 of those years. He and his wife moved to Shreveport 19 years ago and he has been teaching in the area ever since. Jorge and his Shreveport Men’s USTA team also won their senior nationals.

Joshua is a Shreveport, Louisiana native. Prior to coaching at Querbes he was the Junior Development Director at the Cary Leeds Center in Bronx, New York following his head coaching role at Columbia Prep in New York City, New York. Joshua is also a USTA Tournament Director, having hosted tournaments in New Orleans, Brooklyn, and Atlanta. He is a self-taught tennis player with an emphasis on footwork and player analysis. Joshua is working on his USPTA Tennis Professional Certification to combine with his athletic abilities and experience to create space for tennis athletes at every level to achieve success. Effective communication is a big part of his coaching style in order to motivate players mentally on and off the tennis court.